Well the World of Concrete 2013 is finally over.    It was a very long 8 days for me personally and  I want to send a special shout out to the vertical artisans that showed up  and helped me throughout the entire week.

There were other artisans that came by and participated throughout the week but these guys came early and help with a lot of the load.     I also want to send out a hugh  shout out to Troy Allman from the Concrete Decor magazine.    Troy proved to be an invaluable asset throughout the week with transportation food supplies and really anything that we needed.

the manufacturers RediPour and Flex-C-Ment  provided all the materials to make it happen.     Colors were also provided by Smith Paints Walt Tools and Butterfield Color.    Ebeinstock  Mixer was used to  mix the materials and Mortar Sprayers  were used for scratch coat applications. the substrate that we worked on was really awesome.    and one of the tricks to  spraying lath is to not spraying  directly but on from the side.     the lath is actually 13 gauge metal,  very tough stuff.     The curved nature of the design lead for structural strength as well. altogether for both pieces we used 85 bags of flex-c-ment.     I also discovered by mixing it for 3 to 5 min. and then letting it sit for about 3 min. and mixing it again for a minute insured good consistency. but one thing I want to point out about the EibenStock mixer  is its variable speed and the actual paddle.    this brought the material up from the bottom to the top of the mix which is great for churning the overall mix to get a good consistency.    we mixed all the material in a blue 55 gallon drum that we cut the top off of. the overall project was a good success.... I'm not sure how this piece paired up with the other contestants I felt my design was straightforward and simple.      There was a lot of competition. I actually think Josh and Adrian's piece here may have just taken 1st  place.    they really pulled off a lot and the Buddha from Ed Swarvak was intense.   these guys have a smoke machine inside the temple as well  so smoke was billowing out from the doorway it was really cool.    the tree was neat as well and very interesting texture.     I hope next year that they charge flat work against flat work and not flat work against vertical.

Comment by Nathan Giffin Vertical Artisans on February 9, 2013 at 1:04pm This piece here was super cool very intricate in its design with an epoxy  coat.     and it was 3-D as well. I also thought that this was remarkable and ingenious.     it was a simple Scrabble board but the effect was really cool. the effects of this piece were really awesome as well and it had one of the deepest 3-D effects that I've seen in flat work.

Comment by Nathan Giffin Vertical Artisans on February 9, 2013 at 1:08pm this artwork was neat and was built with pervious concrete.    however they hired two bimbos from the local gentleman's club delay on these chairs all day.... I don't think very  many people even appreciated the art  because of the distraction.    there was a lot of plastic if you know what I mean. Comment by Nathan Giffin Vertical Artisans on February 9, 2013 at 1:13pm Here is Josh Huntoon working on his art. 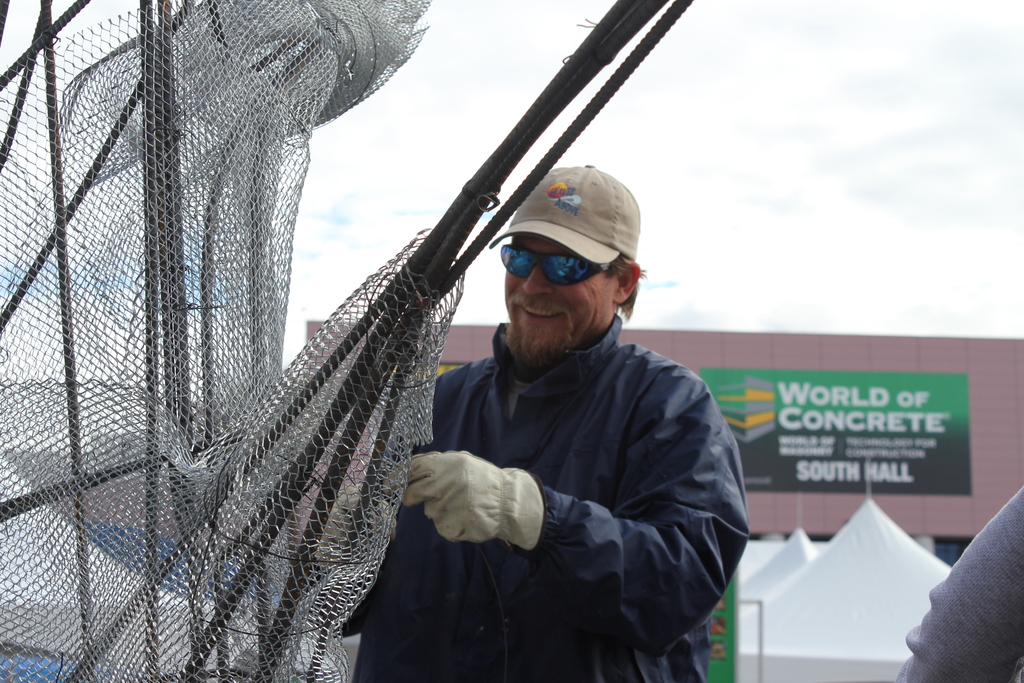 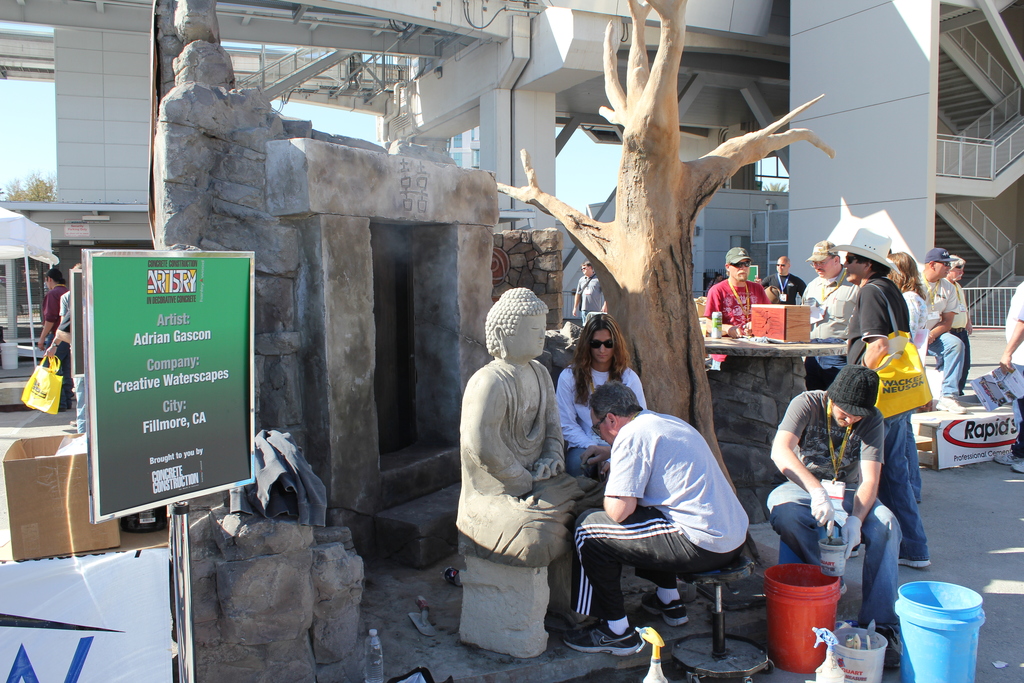 my Hat also goes off to Ed.    despite the pain that his body was Jimenez to sculpt the Buddha with his son Kyle...

Comment by Nathan Giffin Vertical Artisans on February 9, 2013 at 8:24pm

And I can not forget my favorite of all Carve Right Specialist Richard Winget... VA for life! What a great time! WOC was extra special for me this year, as it was my first time designing and building my own project at the show. We had a team full of talented artists and workhorses that really made it all come together.
I really enjoyed seeing everyone who was at the show, and loved the comradery between all the artists in the competition. Can't wait till next year! I'll post a few more pics of my own soon.

YES! thanks for the informative write up nathan! glad to hear about all who participated! everyone did an awesome job and i think its safe to say the vertical community as a whole took home the win!! again great job everybody!! hope to participate in the coming years!

What do you got against bimbos?  There people too.

Hey Richard, that wall sure looks great man ! Did you use acid stain ? love those rusty browns. 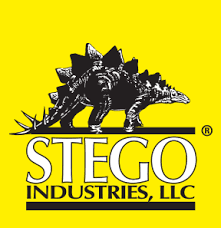